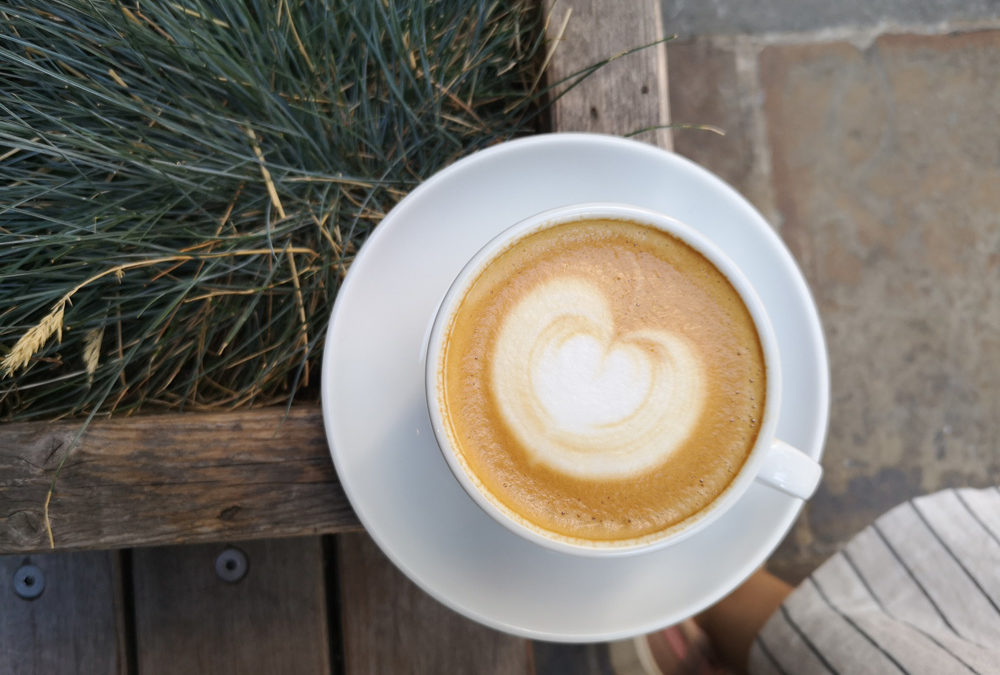 This post was inspired by my fellow coffee drinkers (a good batch of them being Albanian) who have a somewhat complicated relationship with coffee. Being around them and witnessing their coffee-drinking habits made me realize the extent to which we lack information and as always, it goes back to the perception that the industry has inflicted upon us.

Back in the 30s, America (followed by the rest of the western world) had the luxury of telling people what coffee is supposed to do (wake you up, keep you energized for a while, and make you want more of it the instant that boosting effect wanes off). It pretty much set the groundwork of how coffee is perceived by the majority of people to this day. This type of commercialisation started a multi-million dollar industry. People started buying instant coffee, making big kettles that would last for the day. The industry has made us think coffee is this cheap commodity that doesn’t take much effort to produce. It doesn’t taste great, because it is inherently bitter, but it does have one super power: It can wake you up! It can make you less grumpy in the morning, and keep you energized throughout the day.. if you keep drinking more and more of it that is.

It’s not surprising so many people end up becoming dependent on drinking at least 3 coffees during the day. Phrases like “My brain is not working, I need coffee”, “Don’t talk to me, I haven’t had my coffee yet” have now become clichés.

Here’s how you can prevent coffee from messing with your energy levels and ultimately making you caffeine dependent.

Now it’s not the time to get technical, but for the sake of the argument I have to say this: The main division in the World of Coffee is Robusta and Arabica. If you only have room for ONE coffee fact in your life, let it be the Robusta VS Arabica distinction. Put simply, Robusta is the lower quality, higher caffeine, cheaper version of Arabica.

Ever wondered why some studies glorify the energy boosting effects of coffee while others make it sound worse than drugs? Well that’s simply because most of them fail at specifying the type of beans used. Robusta coffee (typically found in instant coffee, and the espresso blends of chain cafés) contains almost twice as much caffeine compared to Arabica coffee.

Whilst vilifying Robusta isn’t the purpose of this article, the fact remains that it is harsher to our brains and stomachs, simply because of its higher caffeine content and lower quality processing (it’s usually processed with less care, making it susceptible to toxic mould). So if you think feeling crankier and more tired with each cup is a negative side effect that you just have to get used to, stop and read the label in your coffee. If it’s not 100% Arabica, you might have found the diagnose of “chronic post coffee weakness”.

Many people first try coffee when they’re exam cramming at university. Some of them end up actually liking it, but a good amount just force themselves to drink it, hoping it will lead to a better grade (which judging from experience it sometimes can). Either way, treating coffee like a wake up pill/energy drink is the wrong approach. Whilst we cant deny the pick-me- up effect of a cup of coffee after your lunch break, a healthy sleep hygiene is one of  the best ways to make sure you don’t experience sudden fluctuations in your energy levels. So do you actually like drinking it in excessive amounts or is it the dark bitter liquid that keeps you going through the day? If it’s the latter, maybe you and coffee should reintroduce yourselves.
I remember experiencing something very similar in my uni days, I drank triple the amount of coffee that I normally would, and whilst it did help me stay awake during revision and exams, left me with pretty annoying side effects like constant palpitations in my right eye. Took a couple of days of good sleep, cutting coffee, and a bunch of supplements to get my normal energy levels back!
Which brings us to my second point:

This will sound obvious but coffee isn’t our only energy resource, right? Then don’t treat it like one! If you aren’t getting those hours of sleep, aren’t exercising, and aren’t feeding your body with nutrient dense foods, is coffee really what’s causing you crash before the first half of your day? Unfortunately, coffee is no substitute for neither of those factors, so don’t compromise on them thinking that 5th cup of coffee from the office machine is your capeless hero.

Extra Tip: There are many caffeine-free options that give you a boost. A Turmeric Latte is a good substitute for coffee, and a combination of Magnesium and vitamin B-complex supplements can do wonders! You can go as basic as vitamins and as fancy as “Adaptogenic Protein activated with Blue Spirulina”. Just try different alternatives and see what suits you best!

If you’re in that stage of addiction where going cold turkey makes you mentally useless, try cutting back gradually. Make a commitment to let go of the third (or nth cup), and stick to it until you’re OK with just two cups. That is already a good amount of caffeine to give you all the benefits without those nasty crashes.

Here you have it friends. I tried to keep it short (and failed). But there is one main takeaway from my chit chat: you don’t have to put up with jitters, crankiness, moodiness, and fatigue to keep enjoying the benefits of coffee. After all, those are all signals that our body is sending us. Our nervous system is constantly yelling “It’s too much dude”. And yes, it is possible to thrive without excessive amounts of caffeine, so start building those healthy habits and let me know how it goes!

This site uses Akismet to reduce spam. Learn how your comment data is processed.